Chefchaouen: Why I hate haggling 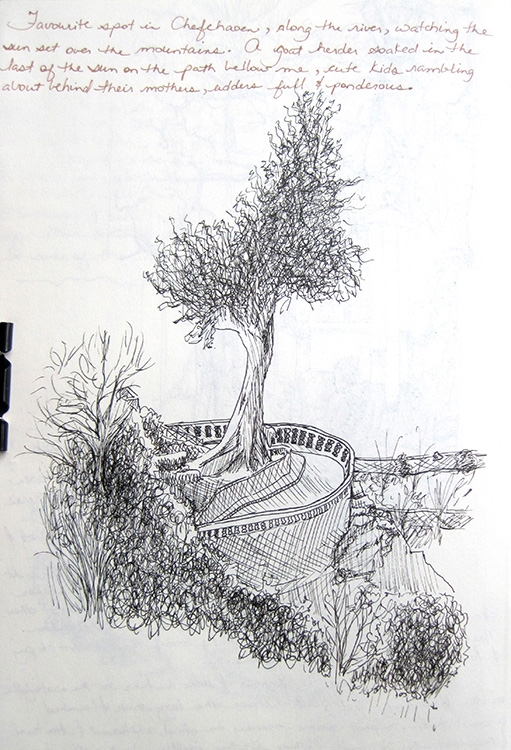 The ride from Tangier to Chefchaouen was spent crammed into the back seat of an old Mercedes, shoulders twisted, abs engaged, one arm held out, palm flat against the seat in front to keep me from spilling into the lap of the stranger next to me. My initiation into the joys of travel by Grand Taxi was all I had heard it would be – uncomfortable. It would have been possible to pay for more than one seat, the taxi departs once the price of six fares is in the pocket of the driver, but why cheat myself out of a quintessential Moroccan experience? 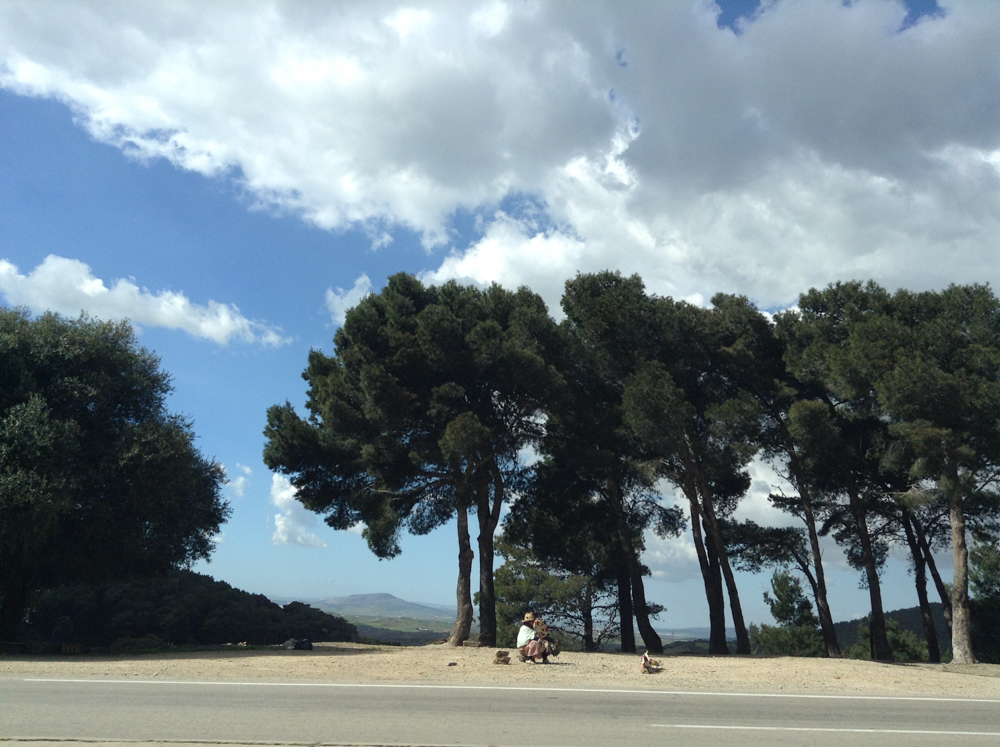 Vendors dotted the road along the way

Chefchaouen is beautiful. The medina itself is cleaner and less rough around the edges than what I saw in Tangier. The residents have certainly maximized incentives for visitors to pause a while, and the setting certainly helps. Soothing blue, walls draped in green vines, colourful handwoven wares hanging along the streets shading entrances to stores filled to brimming with tempting trinkets all add to the calm yet festive atmosphere. It also contains my introduction to les Faux Guides (false guides) and the Moroccan hash market.

The hash was easy to say ‘no’ to, les Faux Guides were a bit more of a problem. They rightly read me as an easy target, playing to my polite, non-confrontational nature. The thing is, it did not matter what they said, nor what the price was, I was simply not interested in opening my wallet for more than a handwoven teatowel for Mom and perhaps a scarf for myself. I am not sure who was more frustrated with the wasted time: this low budget traveller with a limited amount of space in her pack; or the hard working middle men who found themselves talking to my retreating back after my fifth, polite, ‘Non, merci.’

This persistence to sell draws me back into an uncomfortable moment in Tangier. I was facing the city’s main port, chatting with a fellow traveller I had met at the hostel. A local vendor approached us displaying his wares, when it became apparent that we were not interested the Moroccan allowed his frustration to show.  He assumed we had arrived on the large cruise ship currently moored in front of us. We both denied the claim, but to no avail. I found myself privy to two adult men reduced to a juvenile battle of yes-you-are-no-I’m-not. To draw the vendor’s attention away from the increasingly irate traveller standing next to me, I tried to empathize with his perspective. He shared a glimpse of what if felt like to live in a city regularly filled with thousands of visitors who roamed in packs, pointing and clicking, enjoying the ambiance, purchasing very little because the cruising experience already paid for includes everything down to afternoon snacks. 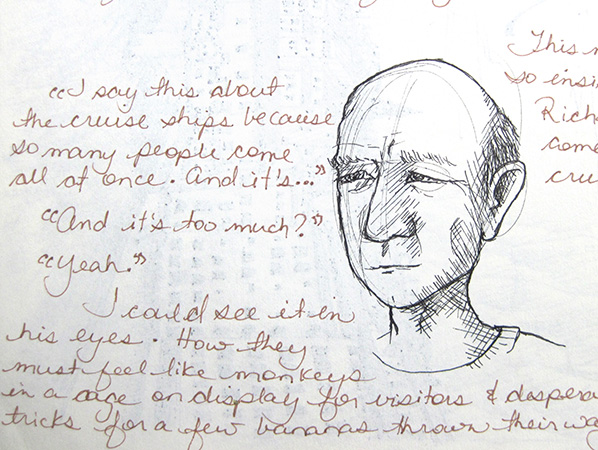 I walked away from that situation with a stronger respect for the reliance of the Moroccan population on the tourist dollar, or, in this case, dirham. It did not change the amount of cash I had available to spend, but I tried to keep my impatience and discomfort in check when approached by merchants from then on, even with les Faux Guides. Perhaps this is why I am left with an impression of Chefchaouen as having the highest concentration of vendors vying for my attention. I was new to it all, practicing a skill that would come easier with time and each new medina I visited. 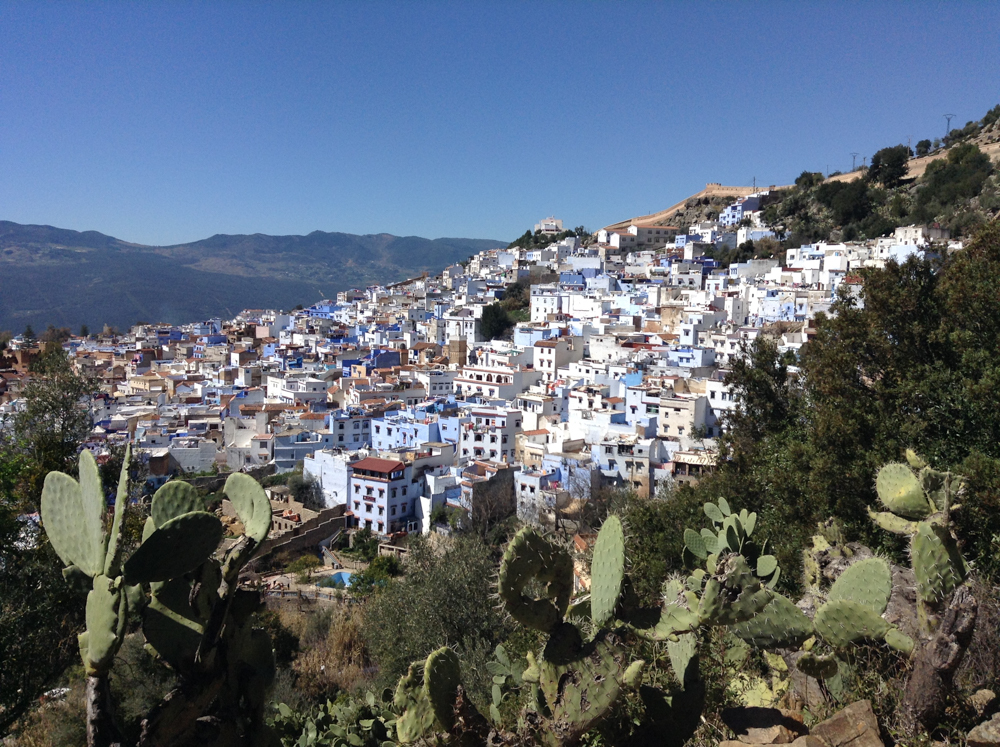 The medina of the Blue City 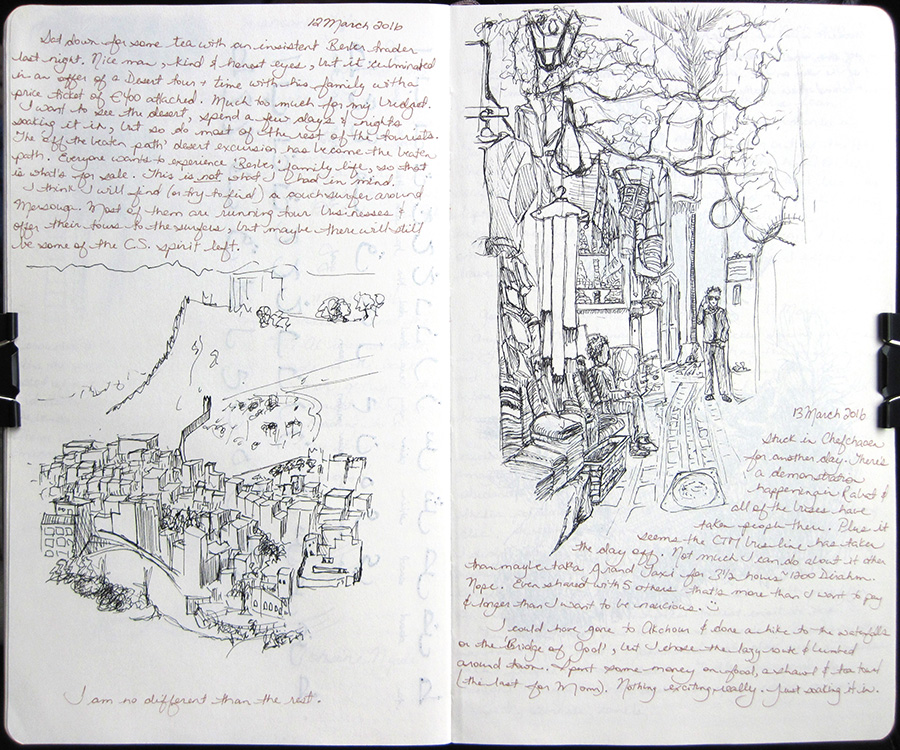 Green creeps along, around, and over blue walls 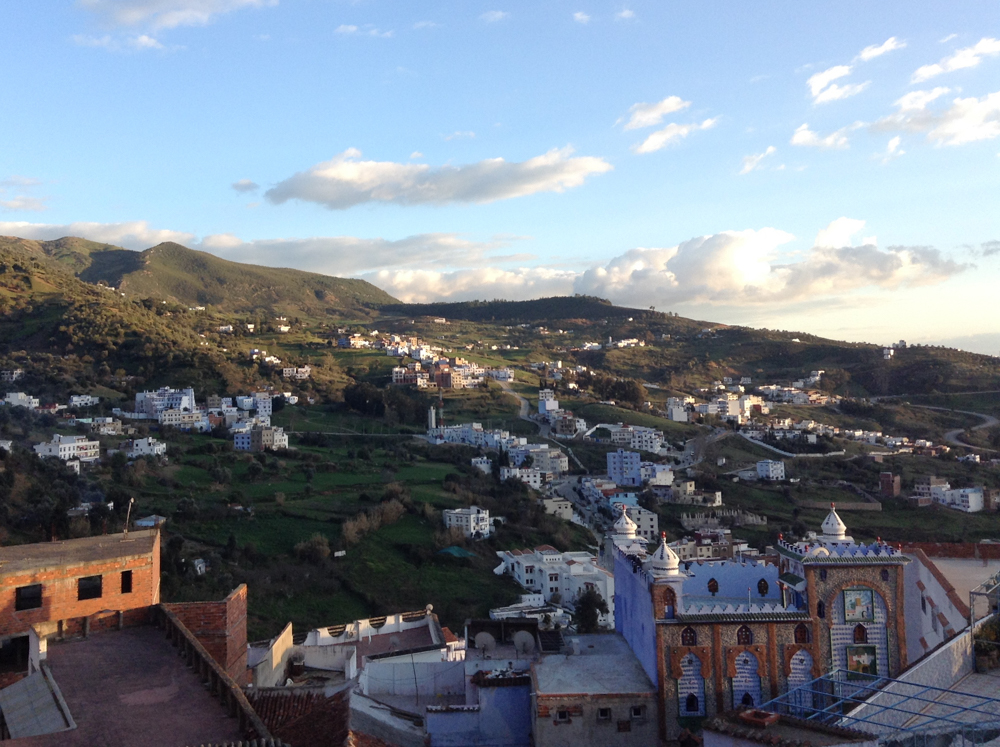 Such a gorgeous setting – the morning was late in reaching the medina, but the evening light was magical.

A second, thought provoking, fly-on-the-wall experience between traveller and local vender helped me to further develop my purchasing/merchant interaction style before I left Chefchaouen. I was wandering the medina with yet another hostelmate who happened to be on the lookout for the best deal on a handwoven pullover. It was a long day of haggling, ending with a purchase at the first store we started at. As my hostel roomie tied her new sweater around her waist, smiling with glee, I watched the face of the vendor darken. He looked frustrated and depressed when he turned to me and said, ‘I get no profit from this price.’

Was it true? I cannot be sure. What I do know is I felt terrible. It was at this point when I decided it did not matter how much I was told by other travellers that haggling is how things are done here, I was not going to do it. Instead I was going to do my best to buy directly from the artisans, and only the items priced at a point I can honestly afford without asking for a deal.

The Benefits to my No Haggle Approach:

1.  Meeting the original artist creates a lasting connection between an experience and an item, a story to be shared and cherished for years to come.

2.  It cuts down on the number of meaningless souvenirs taking up space in my pack and cluttering the homes of my friends and family.

3.  My purchases end up being of a higher quality and last longer.


For me, all of this more than justified the price when I decided to buy something while in Morocco. When other travellers suggested I had paid too much I would reply that, being an artist myself, I know how difficult it can be to make a decent living. I have no problems being the tourist who paid a weaver the highest price for a teatowel that particular day. A few extra dollars is a small price to pay to feel good about myself. 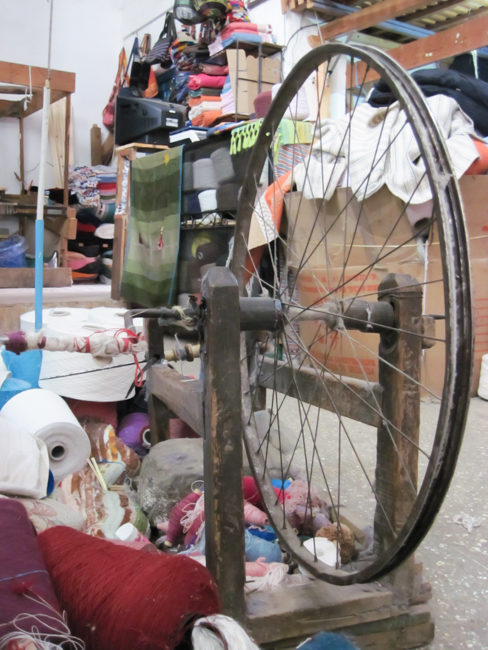 A homemade spinning wheel in the atelier of a Chefchaouen weaver.

I left Chefchaouen with a handwoven, blue and white with red tassels, teatowel from a patient and kind weaver for Mom, and a huge scarf hand dyed by the vendor who enjoyed chatting so much he gave me a bracelet and chunk of fragrant amber before sending me on my way. I love that scarf. 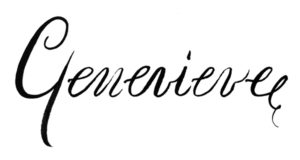