Travelling as a Vegetarian

I have been asked quite frequently if I have had difficulties maintaining a vegetarian diet while travelling. It surprises me how often this question comes up, and I am not sure I have ever done a good job answering it. After nearly two decades of meat free living, a long time to get a hang of cooking with vegetables, I am still waiting for the day when I get used to talking about my culinary preferences. So …

Q. Is it difficult travelling on a restricted, plant based diet with dairy and eggs thrown in?

A. No, it is not difficult. (the short answer)

Oddly enough, vegetables are grown in pretty much every country I have visited. 😉 I even walked through vegetable gardens in Morocco along the edge of the Sahara Desert. But, I do not think this is what folks are really asking me about. Let me rephrase the question to address what I believe most people are curious to hear.

Q. Do I get to enjoy eating out at restaurants, sampling local cuisine, and still maintain a well balanced diet while I am travelling?

A. Yes, but some countries certainly make it easier than others. 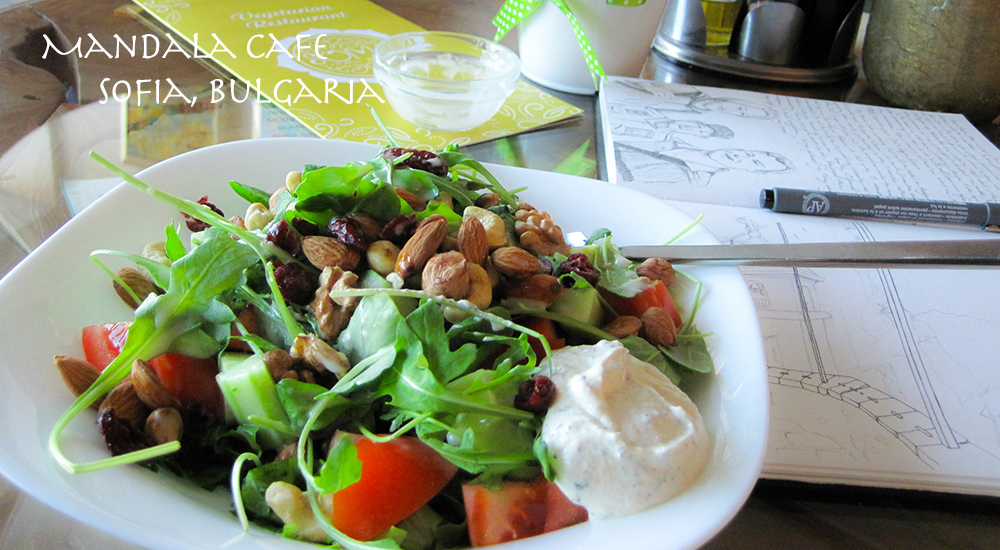 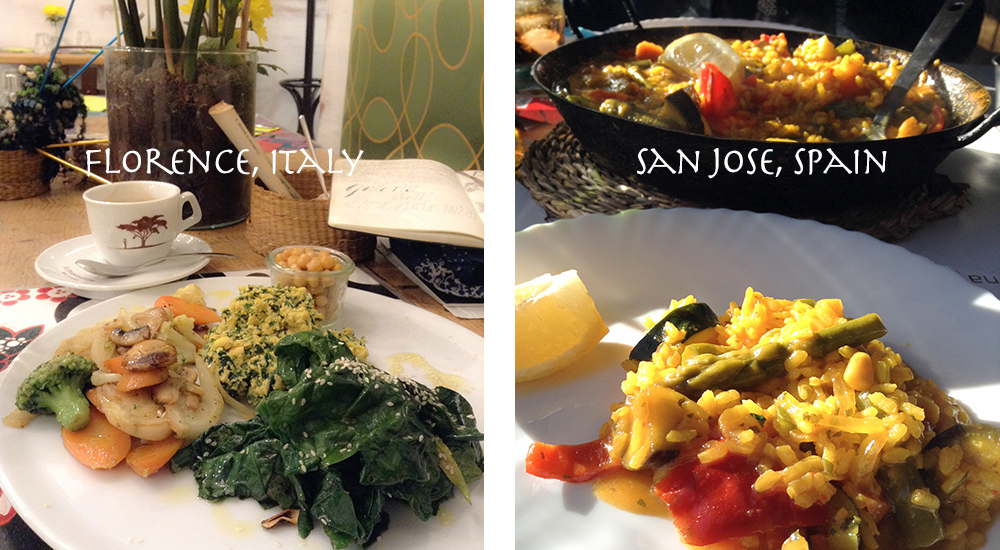 Vegetarian cuisine may not be quite as popular in Europe as it is on the west coast of Canada, but there were few urban centres where I did not stumble upon at least one completely veggie restaurant serving variations on local flavours. Generally speaking, the farther south I travelled the more I found traditional meat free dishes in restaurants catering to omnivorous diets. Turkey and Italy were particularly delightful to my tastebuds.

There was only one area where I found the dining options, and even the produce available in grocery stores, to be less than satisfying – Northern Norway. Completely understandable considering the limited agriculture in the region and the long distances fruit and vegetables have to travel from warmer climates. That being said, the prolific berry picking season in August certainly helped to make up for the lacklustre selection of expensive veggies and it is hard to beat the flavour of a strawberry grown in a region with 24 hour daylight during summer.

Portugal was a bit disappointing, the land of salted fish (shipped mainly from Norway, ironically enough) and everything pig, tho there was plenty of fresh produce at the markets and I opted to cook for myself most of the time. I stayed a few days with a local in Lisbon who was vegetarian and hoped to learn a few traditional recipes, but my host was even more eager to learn new ways of cooking from me.

Occasionally I came across attitudes about my dietary choices which I found difficult to respond to. I got tired of hearing variations of, ‘Oh, honey! You don’t know what you’re missing!’ One particular incident is permanently etched into my memory: a harbour attendant in Bodø joined the Fairwinds crew to munch on shrimp and made it quite clear that denying myself this gustatorial pleasure was ridiculous and I should change my mind. I reassured the guest that I remember what shrimp tastes like, then kept my mouth firmly shut.

An unexpected thought about the inherent privilege linked with my dietary choices started creeping into my mind somewhere in Morocco. When discussing vegetarianism focus is usually placed on considerations such as a desire to reduce animal cruelty and the size of an individual’s environmental footprint. Both noble motives. The flip side of the same coin is being in a position to pick and choose due to financial or geographical privilege.

This realization lead to the only limitation which caused me true discomfort: I feared causing offense by refusing to eat meat when invited into someone else’s home where it was considered a gesture of honour to serve the best, and possibly most expensive, food to guests. As a result I was hesitant to accept invitations to family dinner and may have missed out on some truly local experiences. This is OK, definitely not the end of the world, where one experience is passed by another takes its place.

Food is, without a doubt, a large part of diving into a new culture while travelling. Some of my best experiences, fondest memories, involve sitting around a table, the edges of a blanket spread out on the ground, perched on rocks overlooking unbeatable views, and passing around dishes filled with divinely inspired mélanges of flavour completely new to my palate. My plate was always full, and my waistline is silent witness to my satisfied appetite. Rest assured, it is not difficult to travel on a vegetarian diet.