Sailing on the Fairwinds: Off the beaten path 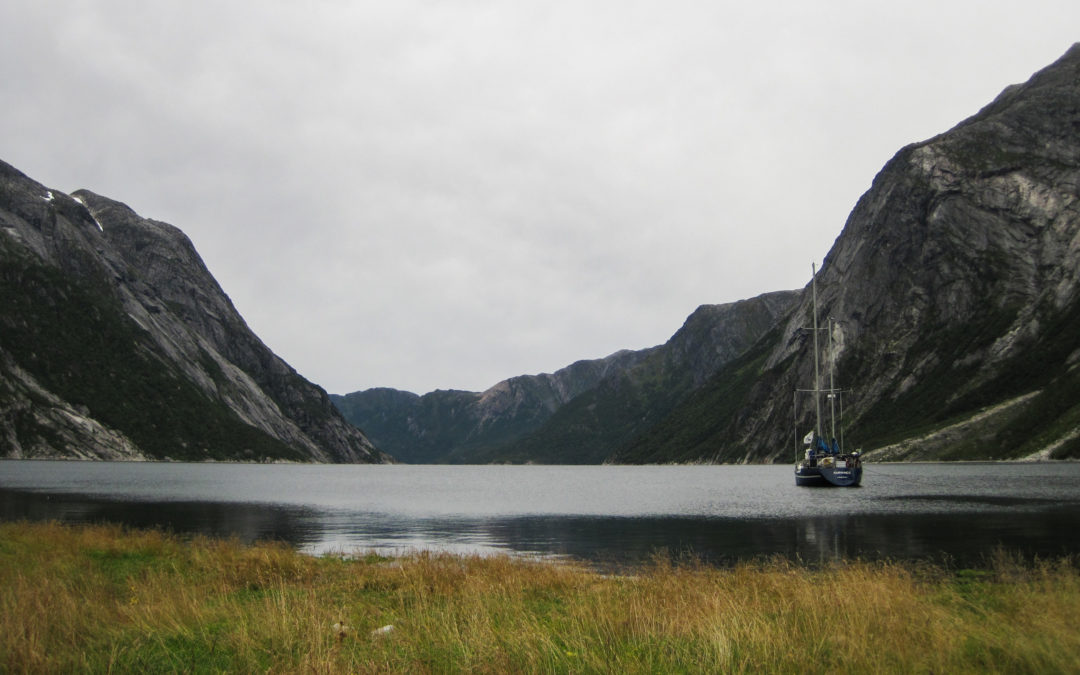 The ‘off the beaten path’ life and travel style has always appealed to me. Not so much because there are fewer people treading the same territory, tho I do appreciate the quiet, but because the unknown around the corner stirs up my imagination. Much in the same way that the ruined and abandoned seems to.

Sailing suits me perfectly. The quarters are cramped, damp, and definitely cold in the arctic, but the views are infinitely spectacular – a unique perspective from what most people are used to, and not commonly found on google image searches. The boat provides a freedom to explore coastlines often inaccessible by land, certainly to cars, and sometimes hazardous to foot travellers. 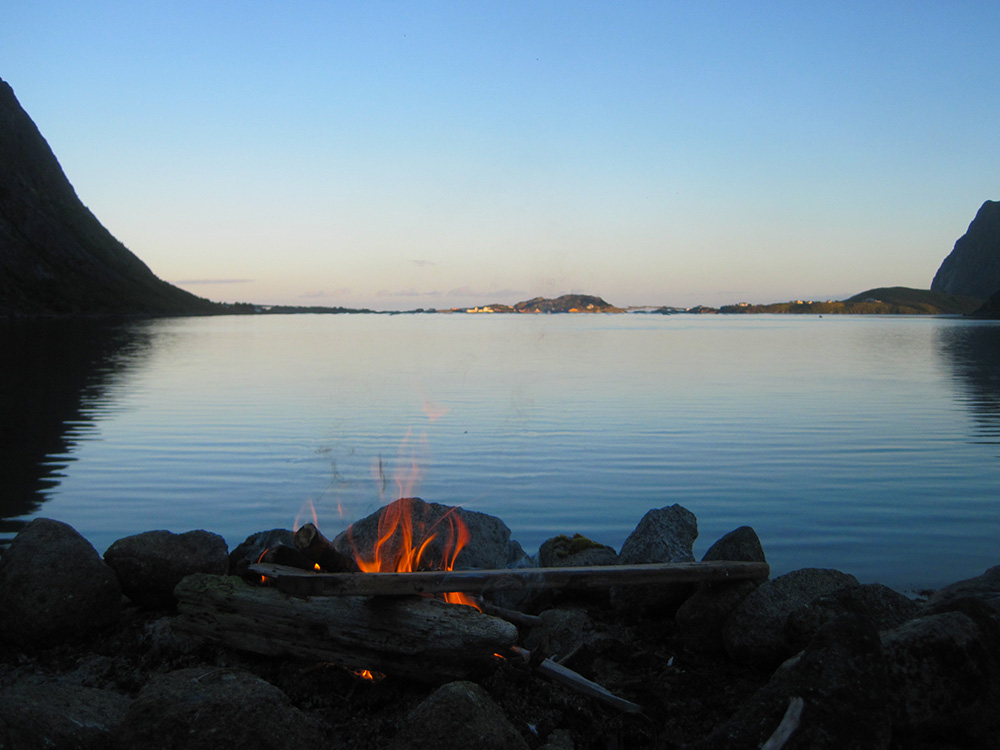 A view of Reine in Lofoten, Norway

From time to time, when cabin fever started to creep into the periphery, we took the dingy out for a barbecue along the shore. Sitting at the heads of fjords and bays that have no roads leading to them, roasting supper in a spot where perhaps no one else will eat a meal for a while to come, I felt special and incredibly grateful for this opportunity. 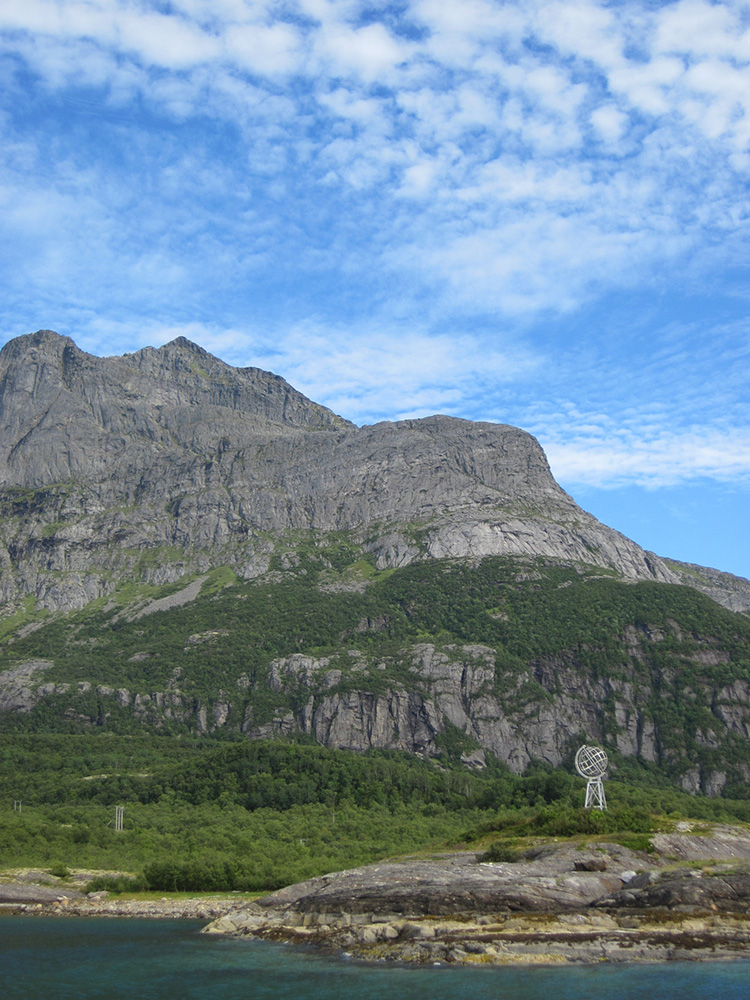 A sculpture to mark the edge of the arctic circle

I crossed into the arctic a couple of months earlier, heading north and west on a train through Sweden into Norway. It went completely unnoticed. The geographer in me was tickled pink at the opportunity to correct that oversight and celebrate this invisible line, a border crossing without a stamp, without questions about my plans during my visit, and perhaps the one I remember most fondly. 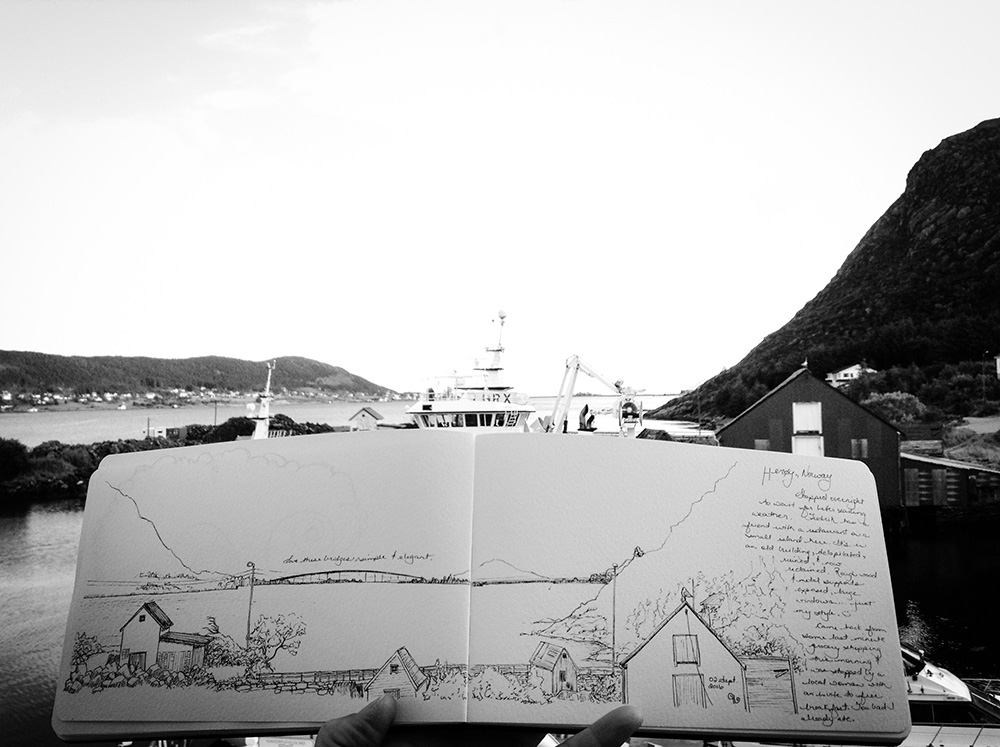 We made stops in small towns that would usually be passed by. Some were more charming than others, but we always managed to find something to keep us entertained. Coincidences of timing would find us in town for a lecture given by a famous sailor or a night of music. The locals were curious and welcoming (I guess it is not everyday that a group of wandering sailors washes ashore) and we would be invited to a community breakfast.

Norway’s coastline, or any coastline really =)

Maybe it is just me and a built up immunity to the dreary aspect of rain after so many years of living in Vancouver, but it could be pouring down and still I was enchanted by the scenery. 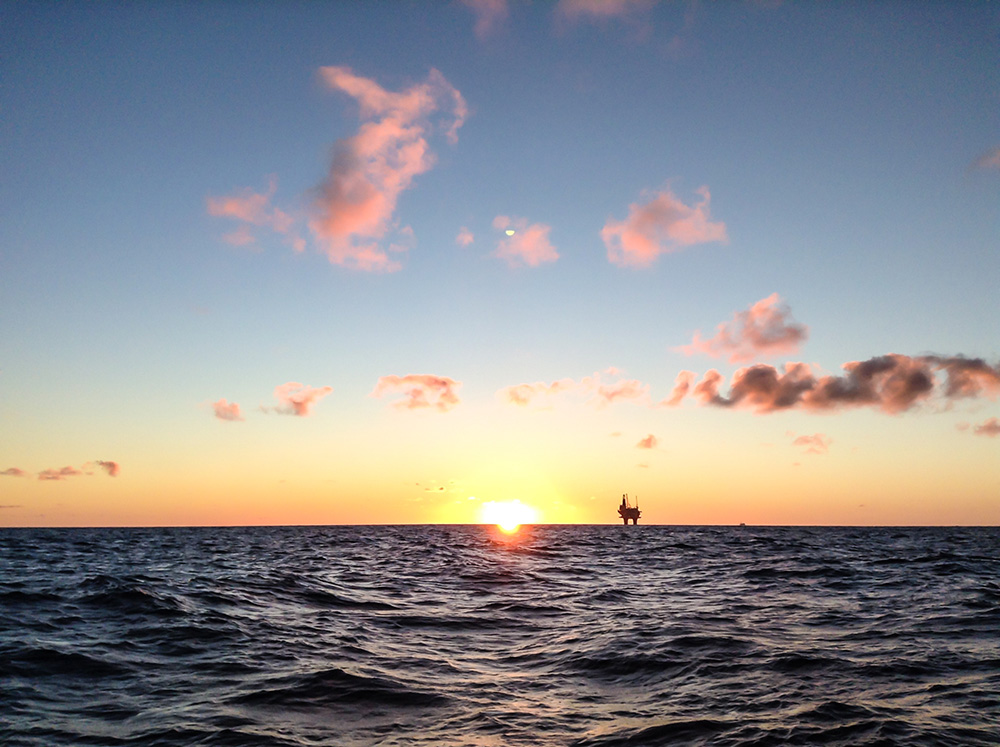 Crossing the North Sea from Norway to the Shetlands

It took us less time than expected to cross from Norway to Scotland due to favourable conditions, and it was such a treat to sail by the oil rigs under wind power. The sun dropped below the horizon and I watched as one by one the rigs lit up like Christmas trees.

A remote jut of mossy rock left mostly to the birds and sheep due to infrequent and unreliable transport. For us it was a safe haven as we waited for the weather to calm down before continuing on towards Inverness. 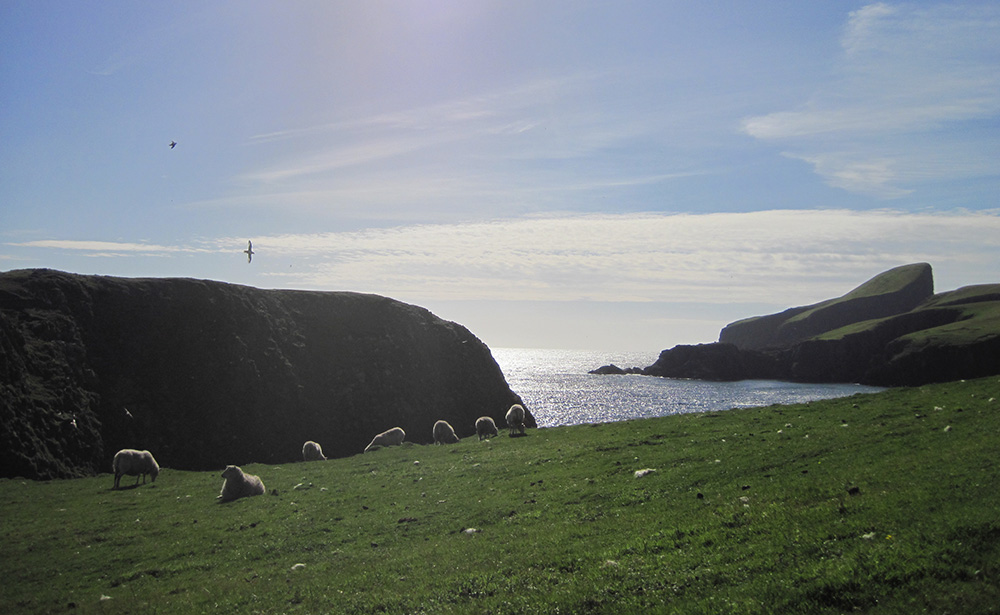 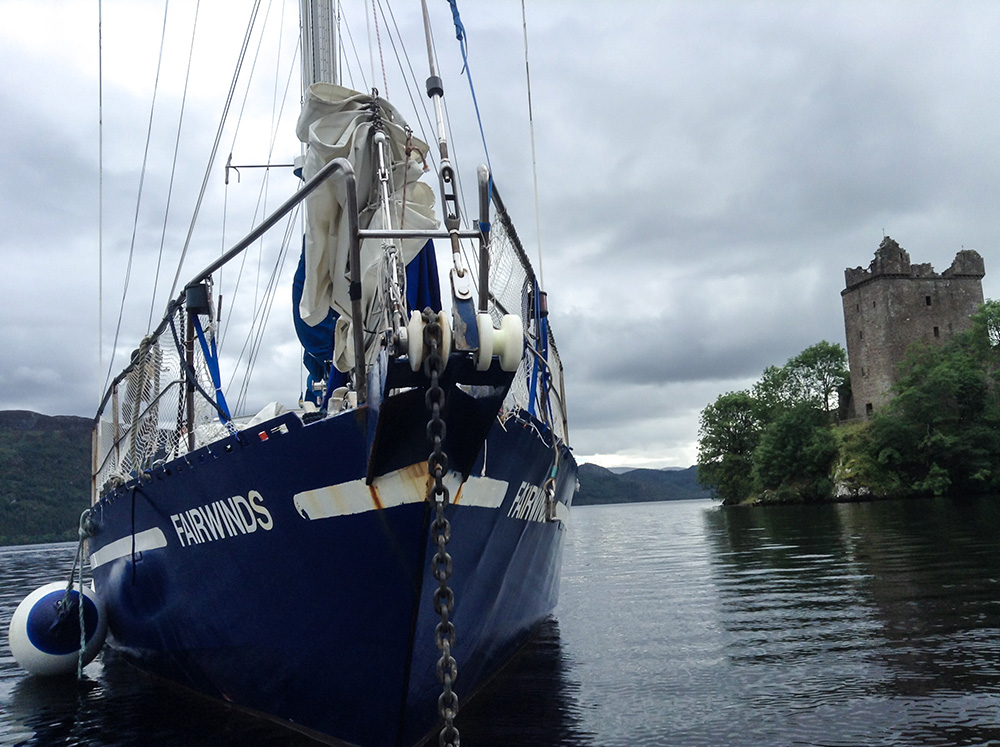 We crossed through Scotland using the canal and felt like celebrities as we negotiated the locks from one section to the next, grinning and chatting with the tourists brought by busloads to watch the boats pass through. The motor propelled us most of the way, but we did managed to get the sails up on Lock Ness (while keeping an eye out for Nessie of course). 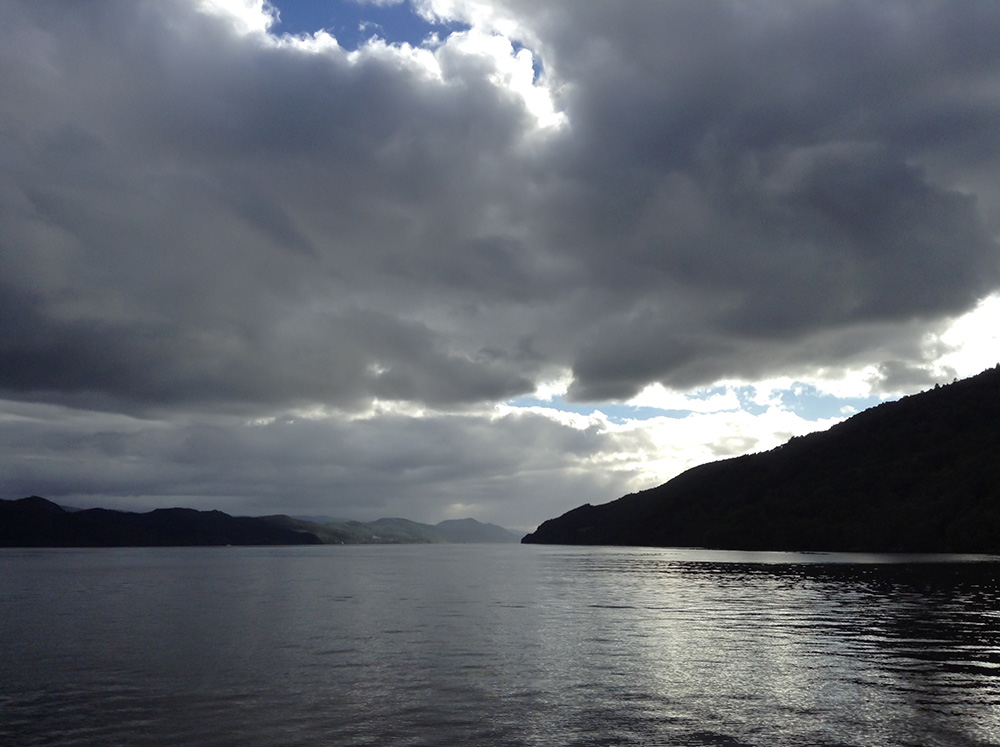 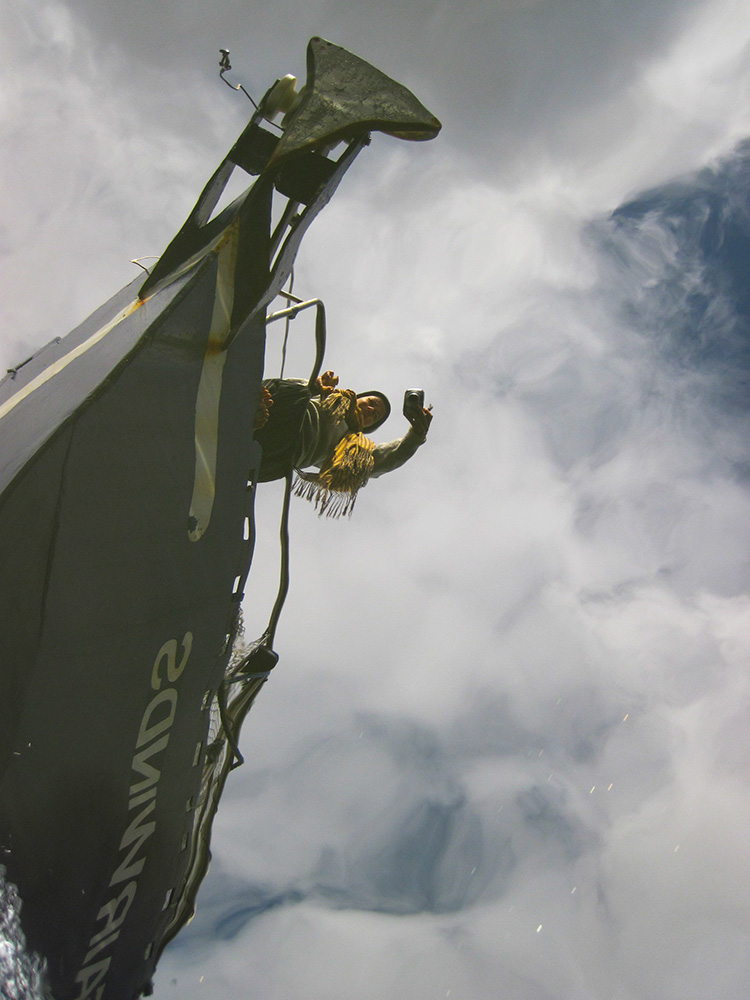 My sketchbook is a bit sparse when I turn to the section of time spent on the Fairwinds. I could say it is difficult to draw or paint on a moving boat, but that would just be an excuse. Fortunately my memories are bright and will provide me with plenty of inspiration for a while to come.

Does the path less travelled inspire you as well? I would love to hear about your unique experiences! Leave a comment below, or send me a private message.