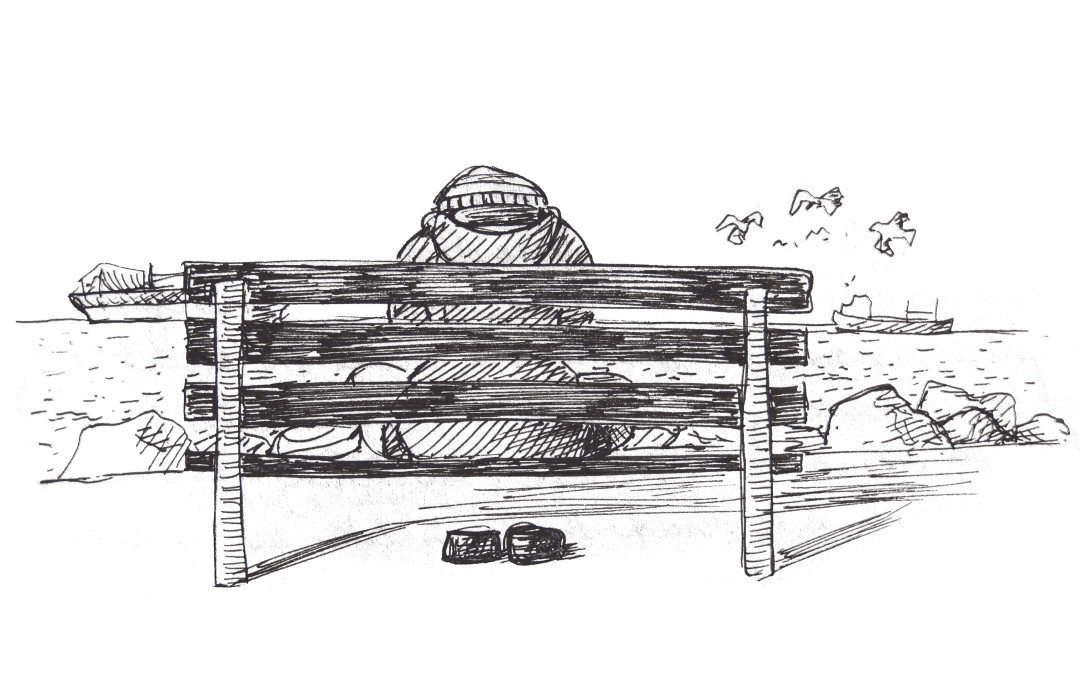 It was my job for more than a decade to create pleasing imagery that would appeal to ‘target audiences’ (read: the folks who pay money to watch movies). Hard work and commitment drove me into the path of enviable opportunities, collaborating with teams of the best VFX artists in the industry on projects with top notch directors at a world class studio.

I got really good at making pretty pictures.

And I walked away from it all. I set a date, commenced a year of dreaming, gave my boss 6 months’ notice – just in case I started to lose resolve as That Day drew nearer. I made lists, saved my pennies, sold my crap, gave away the stuff I loved, started to tell my closer friends of my intention not to accept another contract, watched mixed reactions flit across familiar faces, called myself crazy far more often than any of my family did.

Making pretty pictures was just not good enough anymore. In fact, it had been a long time since it had been a source of satisfaction, and I was tired of listening to myself complaining.

I went into visual effects for film because it was a way for an artist to make a decent wage, and because I had decided being a lawyer would be a bad idea after all. That regular paycheque is a beautiful thing, I doubt I will ever say that accepting money for artwork is selling out (never say never, right?). I knew it was going to be rough waving goodbye to the money. What I did not realize until a little later on was how much of me was tied down to that financial exchange. 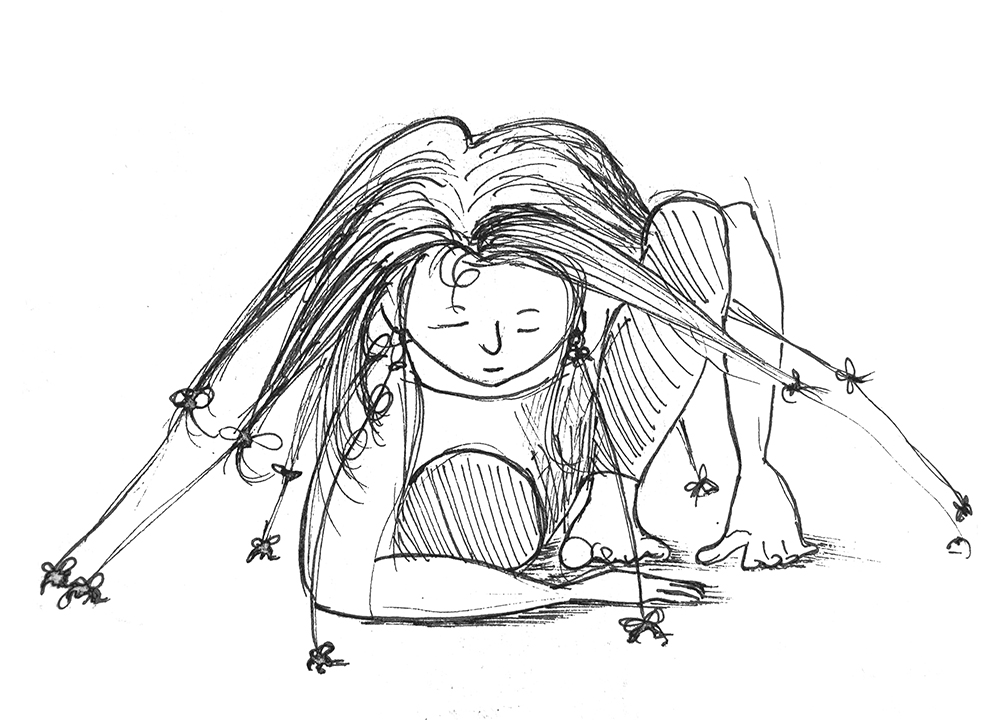 I figured it would be a good idea to ramp up my self-driven artistic activities before heading off on a trip to sketch around the world. Something more than the occasional doodle in the margins of my show notes. Cue montage of dedicated woman putting in the hours for the boss, then even longer more productive hours late into the night at the home office, sketching and creating like mad, barely enough time to squeeze in some sleep and exercise. Nope. I spent hours staring at blank paper and empty screens wondering why I was unable to call forth even one worthy creative idea.

The paycheques and contracts hid an ugly reality behind a mask of security. I had become so comfortable letting others direct my creativity, my inner source of whatever-you-want-to-call-it had withered into a dry raisin incapable of doing much more than dream of the wine its once juicy self was capable of producing.

Now, half a year since I turned my back to the paycheque, I have multiple sketchbooks jammed with thoughts and images. I have actually finished one book – a first since I was a teenager. The pages are filled with pretty pictures. 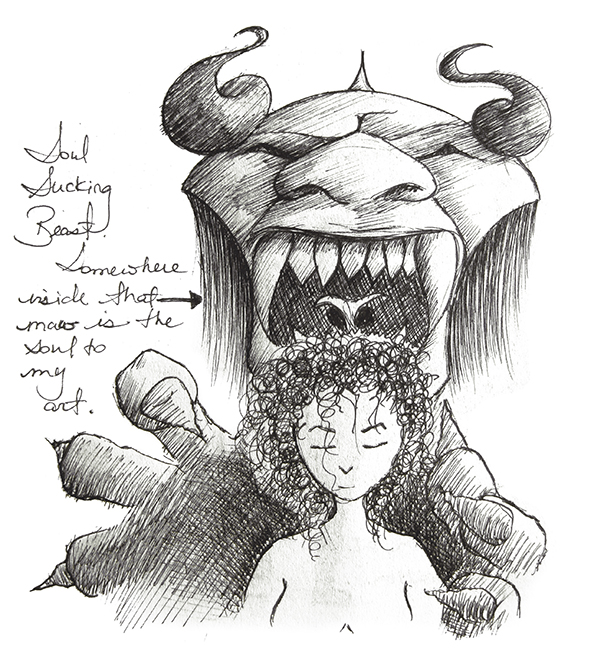 Pretty pictures are fine, they have their place, and it is an import one. But I want more from my art than that. Sound greedy?

A recent conversation about the use of conflict to fuel inspiration for art has been rattling around in my head for the past few days. I loath conflict. I avoid conflict, I try to deny it’s existence. When these tactics do not work I stare it in the face until I find a way to calm whatever mess is causing the waves. Then I go back to creating art.

I am going to try something new, shuffle the established order a bit. 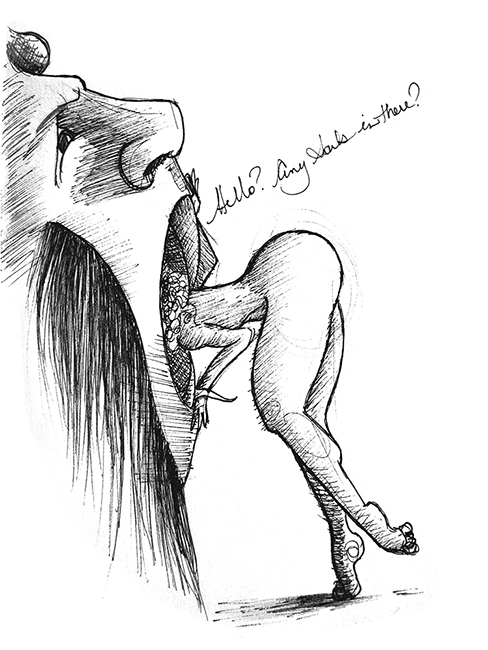 Let us see if I can make some pretty pictures of ugly things. 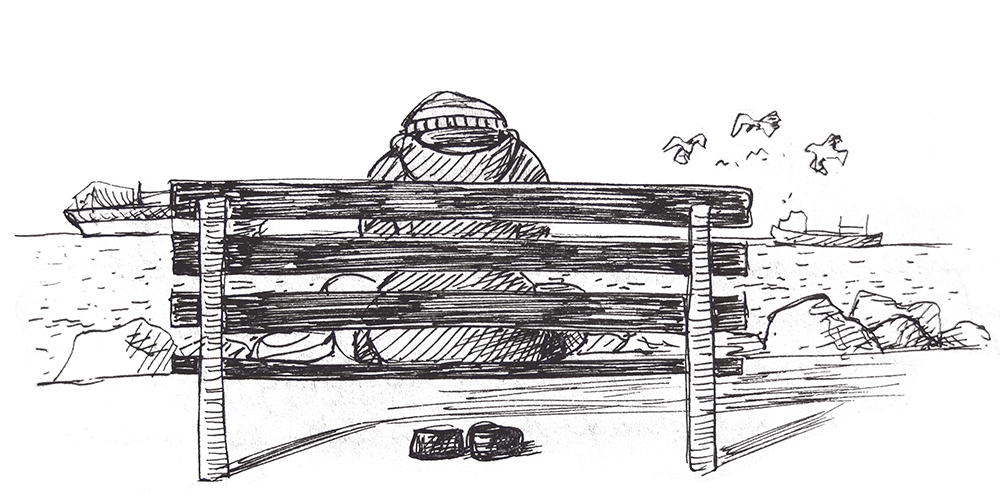